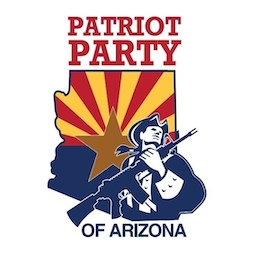 Welcome to The Patriot Party of Arizona Network

The unfortunate truth is this. The AZ GOP Establishment is rigging the game against us. We have to organize, and fight back.

For far too long, the AZ GOP Establishment has been playing games. They hand select their Candidates, and push out any Constitutional Conservatives. This is why the party has moved so far to the left. RINOs aka McCain Democrats, like Romney, Flake, and McSally are not there to push a conservative principles. They are there to protect the corrupt establishment cabal. This is why we had to form The Patriot Party of Arizona. It will give us a vehicle to serve the underserved conservative voices. If we have our own movement we can independently raise funds, campaign, develop policy, become activists, and together with many voices we will finally be heard. That silent majority you keep hearing about...that's you, that's US.

The Patriot Party of Arizona Network is powered by Mighty Networks
Phone numbers from outside the United States may need to use a prefix (e.g. +44 XX XXXX XXXX). Available on iOS and Android. This site is protected by reCAPTCHA and the Google Privacy Policy and Terms of Service apply.
Request to Join